Where do Fjord Monsters come from?

Many theories exist which explain the appearance of Fjord Monsters and our team is dedicated to researching and finding scientific proof. We present these theories so that you, the educated observer, can draw your own conclusions. 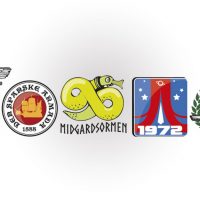 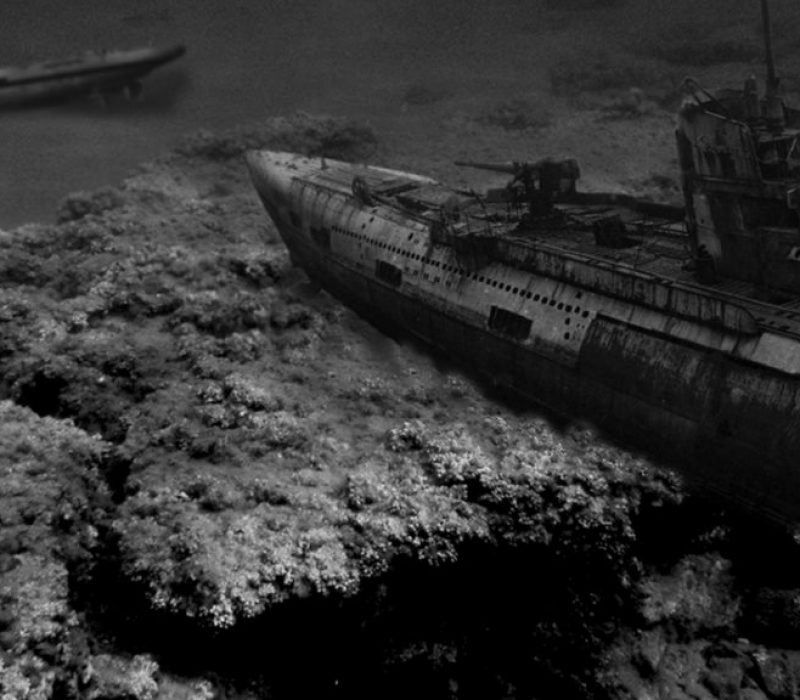 On the 9th of February 1945 U-boat 864 was sunk off the coast of Bergen. Notable to this attack was that this was the first submarine to be sunk by another submarine. U-boat 864 was a part of Operation Caesar and was filled with among other things 65 tons of Mercury to be used in Japan for weapons manufacturing. During this part of the WW2, both sides were interested in rapid development in better and more effective weapons. The race for the atomic bomb was underway and one of the key components in its production is Uranium Oxide. Evidence of declassified documents of ENIGMA and MAGIC transcripts show that somewhere in the docks of Northern Europe quantities of Uranium Oxide were present and that they were scheduled for shipment to Japan for further refinement. Some believe that U-864 was loaded with large quantities of Uranium Oxide and that the submarine lying on the bottom of the ocean still contains this deadly cargo. In 2016, the submarine was successfully covered with counter fill by a Dutch company in order to stop pollution of mercury in the waters. By covering the wreckage, the Norwegian Kystverket has successfully prevented more pollution of the sea floor to Bergen and its surrounding coastline.

However, during the previous 70 years since the sinking of the submarine, the fallout pollution of this submarine has been polluting the currents in and around Sognefjord. Could the Uranium Oxide have an effect on the marine life and mutate the genetic structure of this biologically diverse environment? Some believe that Fjord Monsters are the product of this mutation and that U-864 is responsible for this interesting development. 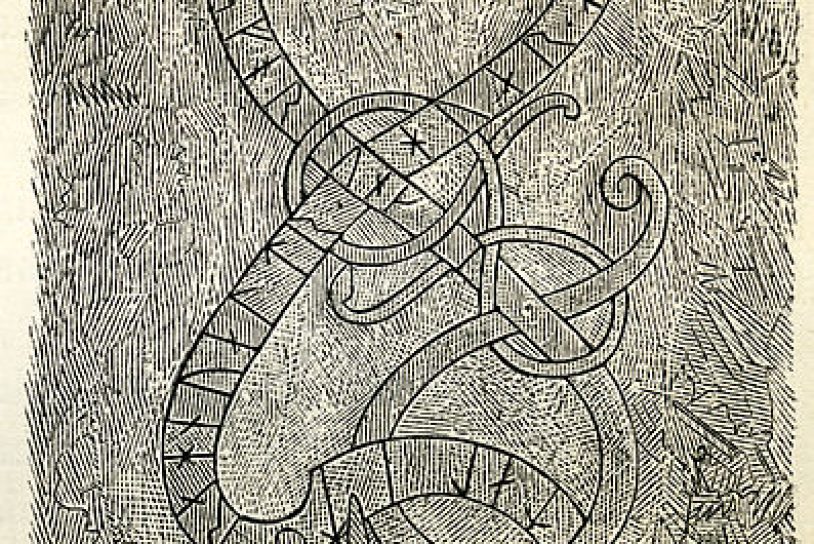 Norwegian mythology is one of the most decorated forms of mythology that archeologists and scientist have studied. From 735-1100 AD, the Vikings ruled their seas in their ships that were the most technologically advance in the world. The artwork of the Vikings includes ornate wood carvings that still can be seen to this day on the Stave churches and museums of the Scandinavian countries.

The sea serpent of Norwegian lore, Jormungandur was one of Loki’s offspring. Odin threw Jormungandur into the great ocean that encircled Midgard. The serpent grew so large that while encircling the earth it was able to grasp its own tail. Stories tell how Thor caught the Midgardsorm using a horse’s head attached to an anchor. Sometimes fact and fiction are related to each other and in this case, we believe that this story might have some merit. It has been said that the Midgardsorms birthplace was Sognefjord. A large serpent might seem unbelievable however, more research indicates that other sea serpents and monsters have been documented throughout history and not just in the form of myth. Perhaps the most detailed description of the kraken comes from the Danish historian Erik Pontoppidan in his Natural History of Norway from 1755. He notes that the beast is “round, flat, and full of arms, or branches,” and is “the largest and most surprising of all the animal creation.”  He cites various fishermen “who unanimously affirm, and without the least variation in their accounts,” that if you row out several miles into the Norwegian Sea in the summer, you’re in danger of falling victim to the kraken. (Wired)

Whether the name is Kraken or Midgardsorm, one is left to ponder the history of these creatures in the Fjord. Perhaps, if there was one serpent that there could be more? Reptiles are known to give birth to many eggs simultaneously, and in this instance couldn’t there also be multiple eggs in the case of the Midgardsorm, just waiting to hatch? 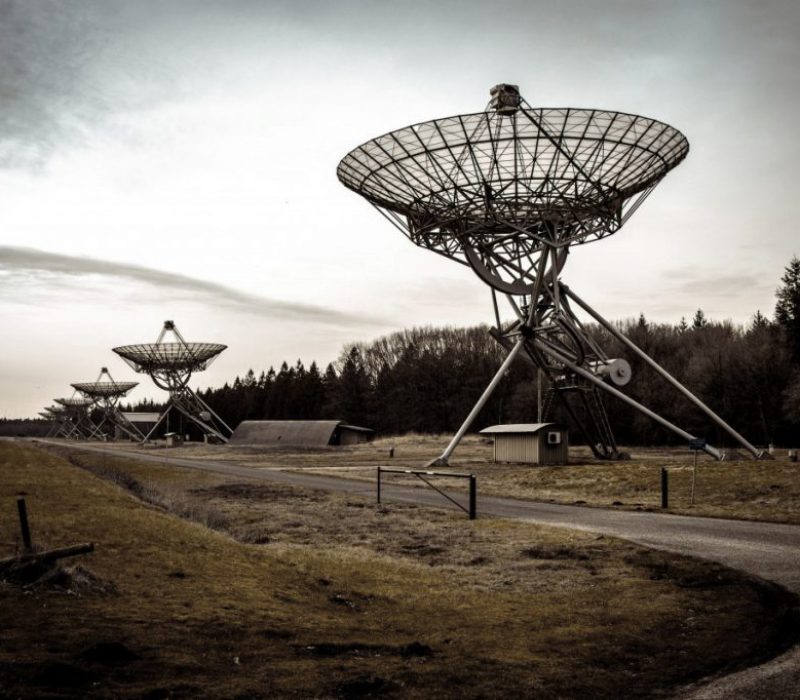 In 1973, there was a reported siting of an unique USO(Unidentified Submerged Object). This object was seen travelling along Sognefjord at speeds to this date are still not achievable Accounts from this encounter include:

“But these tracks were more than 10 meters wide, and the space between the tracks was constant at about 10-20 meters. It looked like a giant” caterpillar “or bulldozer” thing “had scratched the bottom of the fjord … “

In 1973 he was stationed at the Coastal Defense (sic) base Haakonsvern in Bergen. [Probably this is the talk of the Navy, Red. Anm.) One day he and another were quickly picked up by helicopter to one of the great fjords in Sogn og Fjordane. [Not specified in history, red.anm.) In the middle of the fjord, several navy vessels were waiting, grouped as if they were searching for something.

These fjords are incredibly tall and deep. Then immediately my father struck that it was an abnormal place for a mission. Especially since the Navy has a very good overview of what goes in and out of these fjords. And training was not common in what was mostly a cruise ship and tourist territory, and which does not contain well-known military installations.

On board one of the navy vessels, my father and another deeper diver he did not know, equipped with diving funnels and put in helium / oxygen (so-called heliox) atmosphere. Their instructions were to document and observe, then report any findings. They were lowered to a depth of between 80 and 120 meters, and it soon became very clear what they were there to document. They found deep traces on the seabed. Just like tracks from a kind of belt unit, like a bulldozer or a tanker or other similar belt vehicle. But these tracks were more than 10 meters wide, and the space between the tracks was constant at approx. 10-20 meters. It looked like a giant “caterpillar” or bulldozer “thing” had scratched the bottom of the fjord. 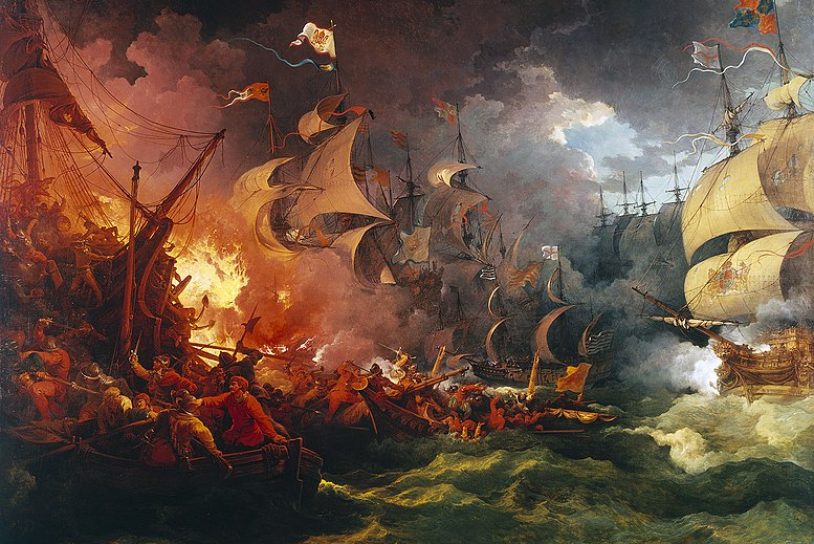 After defeat from Drake, in the Battle of Gravelines, Phillip II’s fleet was decimated, and all ships sought shelter wherever possible. Harbor on English Scottish Ireland would have resulted in death, and there were not many options for the remaining captains. It is rumored, several ships sail in an north easterly direction to find safe harbor. Sailing along the Norwegian coast several ships eventual, found safe-haven or were lost along the perilous coastline.  At Storholmen outside of Norevikane, a Spanish ship is rumored to have landed in 1588.  For a long time, the people in their villages had dark hair and typical Spanish features, it was said.

Bernhard Vattekar, Stranda, born 1896, reported: “A long time ago, a large sailing ship came and harbored in Skjevevika at Norevikane. Folk settled down on the three largest inlets in the region, it was Mjelleli, Vattekar and Klevold.

These accounts tell a story that has been passed down from generation to generation and its own origins are also in doubt. However, could there been something on their cargo which the Spanish were trying to hide safely in Norway. Returning to Spain in defeat would not have been a great option for many of these sailors. Couldn’t there have been something on board that would have appeased the crew, something to insure their fruitfulness in the future? 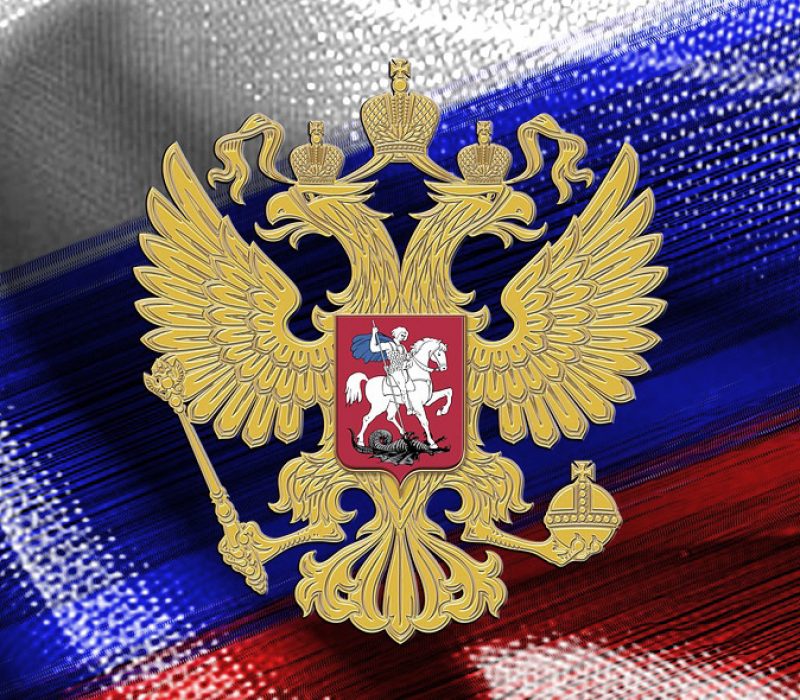 Hitler had an interest in Sognefjord, as did others. In 1972, an international incident involved the Russians in Sognefjord on a Submarine hunt which involved the international press. During this time a Russian Whiskey class submarine, was being chased by the Norwegian Navy through Sognefjord. Press that followed this event reported of the interaction between the two countries as well as the denial which followed. Recent declassified information confirms that there was a submarine during this period, but the question remains, what was a Russian submarine doing in these waters?

What were the Russians doing in Sognefjord and why would they risk such an international incident for? 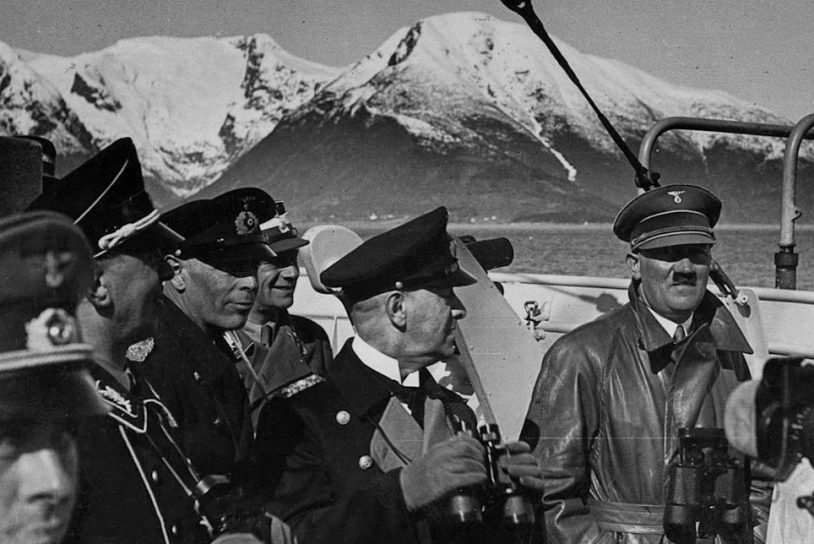 Hitler visited the Sognefjord in 1938, and his visit was documented in many newspapers. The Nazi party has had a controversial history in the use of the occult as well as their interest in Norrøn mythology. Hollywood has documented this interest in films such as Indiana Jones and the Raiders of the Lost Ark. Although much of this interest has been debunked as sensational or under researched, one can note that after annexing Austria in 1938, the Nazi party brought the Spear of Destiny to Berlin for spiritual power in battle. Sir Winston Churchill wrote in his memoir “The Gathering Storm” about Hitler and Moloch: “[Hitler] had conjured up the fearful idol of an all-devouring Moloch of which he was the priest and incarnation”. Perhaps there is some truth to this matter and NIMA is interested in researching all possible leads. If Hitler was collecting possible artifacts from history to create a greater aura of strength, would not an artifact from Norrøn mythology cement their foothold in Scandinavian culture? Was there something in Sognefjord which could bestow phenomenal powers upon the Nazi regime?